Uniater is breaking new ground and for the first time has staged a street theatre play with large objects and puppets! The Polish Teatr Klinika Lalek will be the artistic director. Together with performers from Uniater and Poland, they have transformed Michael Ende’s “Momo” into a street performance that has been performed at the Potsdam Sternenmarkt. The production “Momo” is scheduled for 3 years and will be performed in 2015 and ’16 at various locations along the German-Polish border.

The project is funded by the Stiftung für deutsch-Polnische Zusammenarbeit and the Deutsch-Polnisches Jugendwerk and supported by BATV and freiLAND Potsdam. 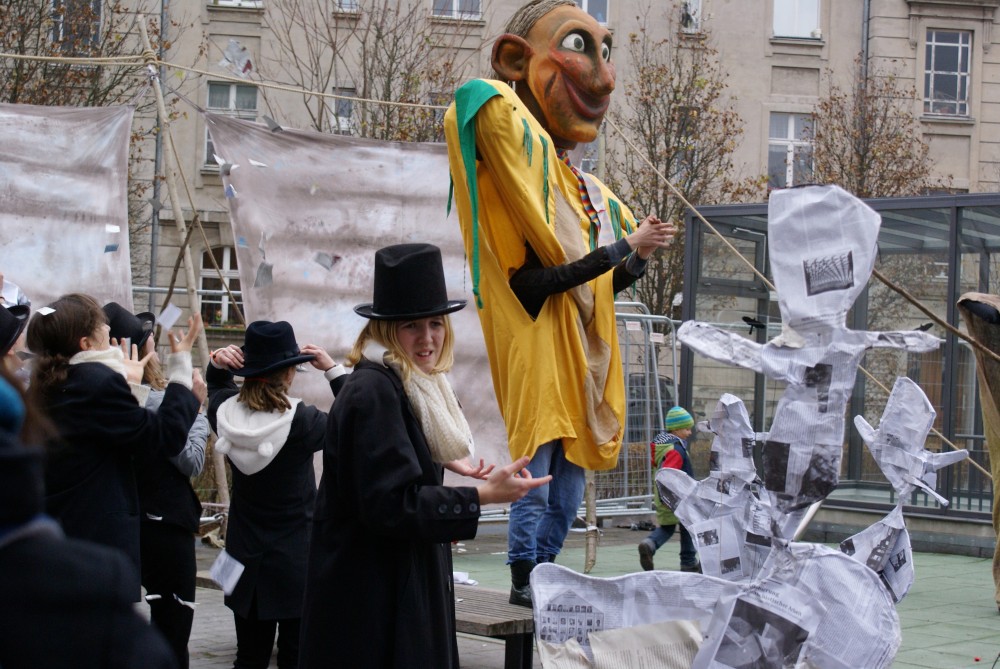 Performance of “Momo” on December 12th 2014 on the Sternenmarkt, Potsdam